The armed forces continued their coordinated efforts in Jammu and Kashmir, rescuing over 77,000 people so far as the toll in the state’s worst flood in six decades reached 215.

Prime Minister Narendra Modi Wednesday took stock of the situation and was briefed on the status of operations, amid concerns about the possible outbreak of water-borne diseases.

Flood waters receded in the Kashmir Valley Wednesday but anxiety prevailed among people who are still stranded.

Over 77,000 people have been rescued so far in the state by the armed forces and the National Disaster Response Force.

However, there was a sense of despondency and apprehension among families who lost a large part of their belongings in the flood waters.

Many people are trapped in Srinagar city alone that submerged in the flood waters during the intervening night of Saturday and Sunday. 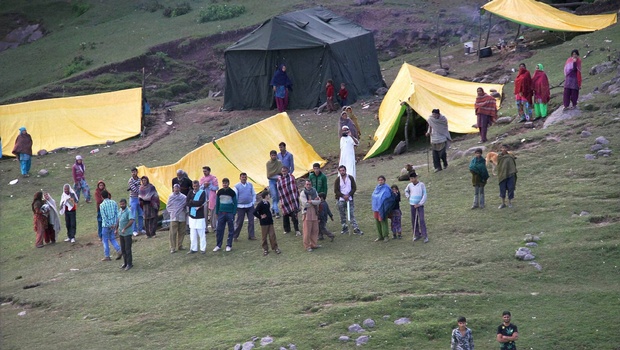 If you like you can also pay online on the KFSC website. KFSC is an organisation that is working on Flood relief with students from Amity University, Delhi University and Local People. To know more about KFSC visit: http://www.kfscfoundation.org/ To pay directly to KFSC follow this link: http://bit.ly/1uVm1Pb